What is the 4.0 technology revolution? 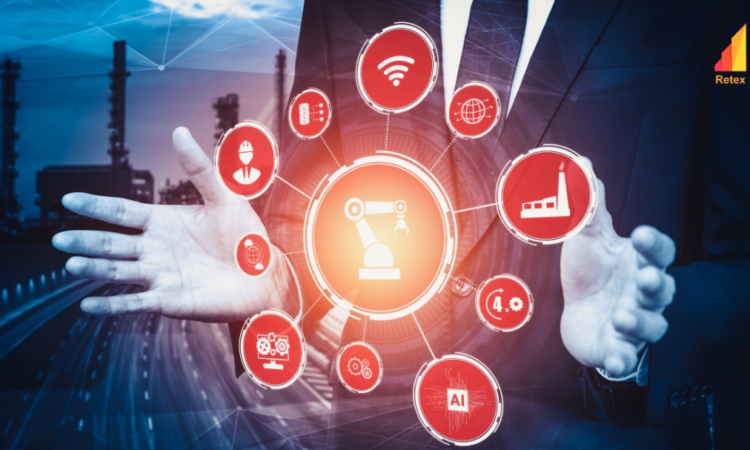 The 4.0 technology revolution is one of the most prominent revolutions in the 21st century and the consequence of that revolution is to reform the entire economy and promote development in many fields.

Artificial Intelligence (AI: Artificial Intelligence) and Machine Learning are two concepts that refer to the ability of machines to perceive and act intelligently. This means they can make decisions, perform tasks, and even predict future outcomes based on what they get from input data sources.

In the future, AI will transform the human world and change the way people live in that world. Currently, artificial intelligence has been widely used in everyday life. For example, Google’s search engine, or the advertising content, product recommendations on the Amazon e-commerce site. Artificial intelligence also makes up the personalized recommendations we get from Netflix.

AI and machine learning are also the foundation of many other technology trends. AI is capable of performing a range of human-like processes, such as looking (facial recognition apps), writing (chatbot apps), and speaking (typically Alexa and Siri apps). AI will infiltrate our lives more and more as machines become smarter and smarter.

The Internet of Things (IoT: Internet of Things) is a concept that refers to the fact that billions of physical devices around the world are connected to the internet, collecting and sharing data. The phone is the first smart device that many of us come into contact with, but now we also have smart watches, smart TVs, smart refrigerators, smart homes, etc. In the future, very It is possible that all things that people own become “smarter”.

Currently, we have about 20 billion active smart devices but in the future, this number is expected to increase to at least 200 billion. These smart devices are responsible for the explosion of data and are rapidly changing the human world. The ability of machines to connect and share information is an important part of IoT.

Big data is a collection of data so large, diverse, changing, and complex that traditional technologies or software are not capable of processing it in a certain amount of time. In today’s digital era, our world is filled with data. The more data we have, the easier it is to gain new insights and even predict what will happen in the future.

By analyzing volumes of data through intelligent algorithms, we can uncover problems and relationships that were previously unknown. And when we can understand the relationships between data points, we can better predict future outcomes and make smarter decisions about what to do next.

Blockchain (blockchain technology) is a database system that allows storing and transmitting blocks of information linked by encryption. In the era of 4.0 technology development, data storage, authentication and protection are major challenges for many organizations and businesses.

Blockchain technology as an open distributed “ledger” promises a practical and super-secure solution to this problem. As a result, blockchain is an increasingly attractive tool for the banking and insurance industries. It will transform the way banks work and the way we hold our assets.

Cloud computing (Cloud Computing) is a model of providing computing resources to users through the internet. Resources include many things related to computing and computing such as software, services, hardware, etc. and will reside in virtual servers (clouds) on the network. Users can access any resource in the cloud at any time and anywhere, just need to connect to the internet system. Whereas, edge computing refers to the processing of data on devices such as smartphones.

Cloud service providers like Amazon, Google, and Microsoft allow companies to host all of their critical IT infrastructure in their cloud rather than in an organization’s digital devices to reduce costs of maintaining and operating individual systems, software, and data.

Edge computing is located near terminals, not in remote data centers. Instead of sending all the information collected by cameras, scanners, handheld terminals, or sensors to the cloud for processing, edge devices do some or all of the processing themselves. source, where the data is collected

Robots today can be defined as intelligent machines that can understand and react to the environment and perform common or complex tasks automatically. In this data-driven era, the intelligence and autonomous capabilities of robots are at the forefront. That is the reason for the birth of collaborative robots, or cobots – the latest generation of robots designed to work alongside humans as colleagues to assist humans, and to interact safely and easily with humans.

An autonomous (self-driving) vehicle can be a car, truck, ship, or other vehicle that can sense what’s going on around it and operate without human involvement. People. Major automakers are investing heavily in self-driving technology and self-driving cars, which could change the face of our cities of the future. They will potentially reduce pollution, dramatically improve daily commutes, and more.

5G is the 5th generation mobile communication network. Combined with innovation in technology, 5G network will bring a faster and more stable mobile network experience, as well as the ability to connect multiple devices and allows the transmission of larger data streams.

Network technology is the backbone of online society and thereby creating a smarter world. As bandwidth and coverage increase, it becomes more possible to send and receive more emails, location-based services, and video streaming, gaming will improve dramatically. 5G networks will provide us not only with higher data transmission speeds, but also can allow the connection of more devices in a single geographical area.

Genomics is an interdisciplinary field of biology that focuses on the study of all genes and the genomes of living organisms. Gene editing is a group of technologies that make it possible to make changes to the endogenous gene sequences and genetic makeup of living organisms.

Increasingly powerful computers and sophisticated software tools are now available that have been instrumental in helping us understand the human genome since it was first precisely sequenced in 2003. Today , biotechnology has advanced to the point where it is possible to change the DNA molecule encoded in a cell and affect the characteristics its descendants will have after it reproduces by cell division.

Using quantum computers is considered as one of the advanced information processing methods in the future. Accordingly, the principles of quantum mechanics will be used to perform complex calculations in a short amount of time by many of the fastest supercomputers in the world.

Quantum computers will completely redefine the question “What is a computer?” and can deliver millions or trillions of times more computing power than today’s supercomputers. In addition, quantum computers also help handle many applications in areas such as artificial intelligence and decoding complex structures such as information about the genome.

Retex – Software to manage the production and operation of the textile industry in real time. The application is designed and built entirely on the basis of cloud computing technology, combined with IoT devices to create smart factories. Each line is fitted with a tablet computer and a television screen showing the order requirements and the actual quantity of the garment. This is the foundation born in the development of 4.0 technology to help solve the existing difficulties of the textile industry.

EVFTA – An opportunity to open doors for Vietnam’s garment industry